Scientists are observing changes in the Earth’s climate in every region across the world, according to the latest Intergovernmental Panel on Climate Change (IPCC) report.

The report estimates that unless there are immediate, rapid and large-scale reductions in greenhouse gas emissions, limiting warming to close to 1.5°C or even 2°C will be beyond reach.

However, strong and sustained reductions in CO2 emissions and other greenhouse gases would limit climate change, with air quality benefits expected to come quickly, while it could take 20-30 years to see global temperatures stabilize. 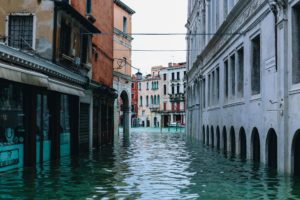 IPCC Working Group I co-chair, Valérie Masson-Delmotte, said: ‘This report is a reality check. We now have a much clearer picture of the past, present and future climate, which is essential for understanding where we are headed, what can be done, and how we can prepare.’

The report shows that emissions of greenhouse gases from human activities are responsible for approximately 1.1°C of warming since 1850-1900 and finds that global temperature is expected to reach or exceed 1.5°C of warming in the next 20 years.

The report projects that in the coming decades climate change will increase in all regions, with 1.5°C of warming increasing heat waves, longer warm seasons and shorter cold seasons, and 2°C of warming meaning that heat extremes would more often reach critical tolerance thresholds for agriculture and health.

Beyond temperature, the report predicts that climate change will bring increased changes to wetness and dryness, winds, snow and ice, coastal areas and oceans.

The report found that climate change is intensifying the water cycle, bringing more intense rainfall and associated flooding, as well as more intense droughts, and is affecting rainfall patterns, with the report predicting that precipitation will increase in high latitudes and decrease over large parts of the subtropics.

Coastal areas will see continued sea level rise throughout the 21st century, according to the report, contributing to more frequent and severe coastal flooding in low-lying areas and coastal erosion, with extreme sea level events that previously occurred once in 100 years possibly occurring every year by the end of the century.

The climate emergency will also have an amplified effect on cities, leading to higher temperatures and more flooding.

IPCC Working Group I co-chair, Panmao Zhai, said: ‘Stabilizing the climate will require strong, rapid, and sustained reductions in greenhouse gas emissions, and reaching net zero CO2 emissions. Limiting other greenhouse gases and air pollutants, especially methane, could have benefits both for health and the climate.’

The Working Group I report is the first instalment of the IPCC’s Sixth Assessment Report, which will be completed in 2022, and is available here.