A previously derelict section of land around Kendall’s Wharf has been transformed into a wildflower meadow, as part of the North Portsea Island Coastal Defence Scheme, which protects residents and businesses from coastal flooding.

Around 2,000 metres-squared of land was planted with seeds, alongside the construction of a new coastal footpath, which provides flooding protection by raising land levels.

The footpath was recently reopened to the public, after being closed to allow the wildflowers, grasses and trees to establish nearby, and now connects to the existing costal path at Anchorage Park. 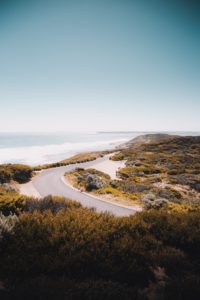 Cllr Kimberly Barrett, cabinet member for climate change and the green recovery, said: ‘We’re really pleased to include work in the Scheme that enhances the area around our coastal defence works.

‘As well as improving the natural beauty of the area for the enjoyment of people using the path, we’re also providing important feeding and nesting habitats for our local wildlife.’

The wildflower seeds planted in the area include 19 British native species that are suitable for inhabiting an area close to the coast, including Haresfoot Clover and Evening Primrose.

The Council also planted 75 new trees, and seven bee posts will be installed later this year to encourage pollination.

The North Portsea Island Coastal Defence Scheme is being delivered on behalf of Portsmouth City Council by Coastal Partners, and is funded by the Environment Agency.

The work along the coast began in April 2021, and is scheduled to be completed in 2025.

Once complete, the scheme will cover 8.4km of coastline from Tipner to Milton, aiming to protect more than 4,500 homes and businesses on Portsea Island from the risk of coastal flooding.

In related news, a new outdoor space with wildflower meadows and lawns has opened on Broad Street in Oxford, with the aim of pedestrianizing the whole street permanently in the coming months.