WWF, the Angling Trust and Fish Legal have renewed their legal challenge over harmful pollution in England’s rivers.

The case, which was first brought to court in 2015, is based on the government’s failure to use ‘Water Protection Zones,’ a regulatory power available since 2009.

Despite targets to restore 75% of rivers to Good Ecological Status by 2027, only 14.6% of England’s rivers achieved this status in the latest assessment.

The legal challenge will focus on Defra and the Environment Agency’s failure to comply with a Consent Order, agreed in 2015, requiring action to gather evidence of pollution and plan to protect 37 key sites across England.

These sites are protected by law and are some of the most sensitive areas for nature in the country.

The government is expected to argue that the Consent Order ‘did not impose a legal obligation the Secretary of State to prepare to Diffuse Water Pollution Plans’ – the three organisations have said they will strongly contest this in court. 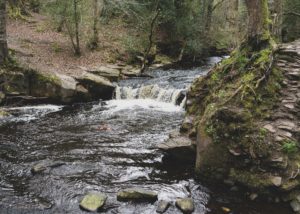 Kate Norgrove, executive director of advocacy and campaigns at WWF, said:  ‘Rivers are lifelines for people and wildlife but year after year and despite promises from the government, England’s rivers are left in a dire state as a result of pollution, including from poor farming practices.

‘With nature in freefall, we cannot allow the UK government to keep shirking its responsibility when it comes to protecting these vital habitats. Ministers need to walk the talk when it comes to UK nature recovery – and that’s why we are back in court today.

‘With the right measures in place – including adequate funding, and a cast-iron target in the Environment Bill to halt the decline of species and to restore nature by 2030 – the government can, and must, accelerate progress towards restoring the health of England’s rivers. Success here will not only benefit nature but our economy too.’