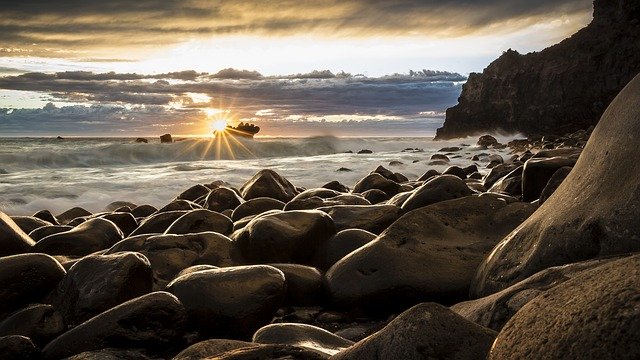 Climate change causes immeasurable damage world-wide; however, its effects are not felt evenly throughout the world and small Pacific island populations are some of the most vulnerable. Economically developed nations continue to cause environmental degradation yet are often able to remain comfortably removed from the consequences of their actions and decisions. It is within this paradox that the case of Teitiota v New Zealand has occurred.

In this landmark case, the UN Human Rights Committee (HRC) ruled, for the first time, that expelling an individual to a place where they may be exposed to life threatening risks due to the adverse effects of climate change could violate the right to life.

In 2013, Ioane Teitiota (the claimant) and his family left their home on the small atoll of Tarawa, part of the Pacific nation of Kiribati, for New Zealand, where they applied for refugee status on the basis that climate change had devastated Kiribati so much so that remaining there posed a risk to their lives.

The Pacific ocean has experienced a great degree of sea level rise, double the global average, which has meant low lying islands like Kiribati (only 2-3 metres above sea level) face complete inundation.

With increasing sudden on-set environmental events such as storm surges and tropical storms, which now occur 3-4 times a month, much of the land is becoming uninhabitable.

The Intergovernmental Panel on Climate Change (IPCC) predicted that within the next decade Kiribati will be wiped off the map if global temperatures and sea level continue to rise.

In the meantime, extensive flooding continues to cause salination of arable land and fresh water, as well as overcrowding in the only areas of Kiribati that remain habitable, causing violent land disputes and allowing disease to spread more quickly than usual.

The contamination of fresh water supplies has left approximately 60% of Kiribati’s population to have to obtain drinking water from national rations. And, because many Kiribatian families, including Teitota’s, rely on subsistence agriculture and fishing, the population’s health has been deteriorating, with deficiencies in vitamin A, malnutrition and fish poisoning.

Climate change had exacerbated the ability for Teitiota and his family to live with dignity in Kiribati; they were thus forced to migrate to New Zealand and seek protection, cutting loose their deep cultural ties with Pacific island life.

Claiming to be a climate change refugee

At first instance, the Immigration and Protection Tribunal in New Zealand rejected Teitiota’s asylum claim as a climate change refugee. The Tribunal decided that Teitiota did not objectively face a real risk of being persecuted if he and his family were returned to Kiribati, the necessary proof to qualify for asylum.

This decision was upheld by the High Court, Court of Appeal and Supreme Court. And so Teitiota and his family were deported to Kiribati.

Teitiota then took his case to the HRC, claiming that by forcibly returning him to Kiribati, New Zealand had violated his right to life under Article 6 of the International Covenant on Civil and Political Rights (Covenant).

The HRC had to determine whether New Zealand, which is party to the Covenant, had breached its duty not to expel Teitiota if there was sufficient evidence that there was ‘a risk of imminent, or likely, risk of arbitrary deprivation of life upon return to Kiribati’. So being, a loss of life did not have to occur to breach Article 6.

To determine whether the duty had been breached, the HRC considered 3 points.

The ruling and its impact

Overall, Teitiota was unable to establish that his right to life had been violated by New Zealand.

However, two judges disagreed with majority of the HRC, urging that protecting the right to life meant upholding the sanctity of life and human dignity. They argued the HRC had placed an unreasonable burden of proof on Teitiota to show he had no access to safe drinking water and sanitation.

One of the dissenting judges, Duncan Laki Muhumuza, felt the difficulty in accessing fresh water and the fact that some deaths were occurring in Kiribati should be enough to reach the burden of proof. Teitiota’s child was already suffering from blood poisoning caused by the water.

‘It would indeed be counterintuitive to the protection of life’ to wait for a complete lack of water and for deaths to be frequent before the burden of proof is met.

The other dissenting, Vasilka Sancin, said: it should be Kiribati’s responsibility to demonstrate it takes ‘positive action to protect life from risks arising from known natural hazards’.

The HRC has determined outside this case that action would include providing access to food, water, sanitation, housing and electricity, along with disaster management plans which prepare the nation for climate change disasters affecting the right to life. Yet in fact, water and sanitation policies in Kiribati are yet to be implemented.

By creating these human rights obligations against the backdrop of climate change, the HRC reiterates the interdependence between states fulfilling social and economic rights, as well as civil and political rights, such as the right to life.

Yet it is perplexing that such obligations are placed on small, island nations which are still developing, particularly given that the main contributors to climate change are the developed nations. In response to this reality, the HRC ruling provided some unprecedented observations.

It established: ‘environmental degradation, climate change and unsustainable development constitute some of the most pressing and serious threats to life’, and if concrete national and international action is not taken, then individuals may be exposed to a violation of their rights to life in certain places, triggering the obligation of states like New Zealand not to forcibly return them.

In other words, by verifying that a state’s obligation not to forcibly return someone can arise, an interest is created in requiring one another to take action to curb the adverse effects of climate change on people’s lives, else nations will have to grant climate refugees protection in the future.

And the ruling makes a call to arms to all nations tackle environmental destruction as one; Laki Muhumuza felt New Zealand’s action was more like ‘forcing a drowning person back into a sinking vessel’.

This means that nations less affected by climate change, often those more economically developed, must act now, and help save those more vulnerable. If they do not, they could be held responsible for some of the most unforgiveable violations yet of the right to life.

The pandemic has made the UK more environmentally conscious