The March 2021 Budget doesn’t add up when it comes to climate change mitigation, warns WWF.

According to the Climate Change Committee (CCC), an investment of approximately 1% of GDP per year will deliver the transition to net-zero.

However, according to new figures published today, climate change policies outlined in the budget add up to just 0.01% of GDP.

The figures reveal that climate change mitigation policies set out in the budget equate to £145m, while policies that will drive up emissions – like the fuel duty freeze – equate to over £40bn.

This data comes just days after the latest IPCC report, which warned that the target to limit global warming to 1.5°C above preindustrial levels will be breached without ‘immediate, rapid and large scale reductions in greenhouse gas emissions.’ 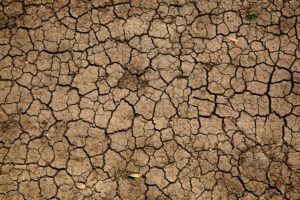 WWF has also highlighted that delaying essential investments by 10 years would double the amount of money needed.

By contrast, introducing stricter net-zero policies could help the Treasury to unlock an estimated £90bn of annual benefits, including green jobs and expoert oppurtinies, warmer homes and more green space.

Isabella O’Dowd, head of climate change at WWF, said: ‘With nature in freefall and the climate in crisis, the clock is ticking for the planet, as the latest IPCC reports makes clear.

‘It’s not yet too late to prevent global warming from rising above 1.5°C – it is in our hands. But to do that, the UK government must play its part by keeping every climate promise it has made.

‘The latest Budget simply doesn’t add up to the cleaner, greener future we all want to see. To turn things around, ministers must close the gap between their climate commitments and their spending plans, by adopting a Net Zero Test for all government spending ahead of the UK-hosted COP26 climate summit in November.

‘We won’t forget the government’s climate promises and, together with our supporters, we will hold the government to account for delivering on them.’