The number of climate change-related cases have more than doubled since 2015 and governments, companies and industries are facing increasing litigation risk. Mark Clarke and Clare Connellan, partners at White & Case explain why this is the case.

Claimants commonly pursue a rights-based approach, seeking to establish a breach of a duty of care, informed by human rights principles.

A notable example is the recent landmark ruling in a lawsuit brought by the non-profit organisation, Klimaatzaak, joined by more than 58,000 Belgian citizens, against the Belgian federal and regional governments.

On June 17 2021, the Brussels Court of First Instance ruled for the first time that the Belgian federal and regional governments are liable for breach of both their duty of care and human rights obligations for their failing climate governance.

The court came to this finding after establishing that the 58,000 claimants have legal standing with a direct and personal interest, given the risks and adverse consequences of climate change on their daily lives.

The court found that the Belgian governments breached the general standard of care they owe to Belgian citizens in their climate change policies, taking into account that they were ‘fully aware of the certain risk of dangerous climate change for the population of the country.’ 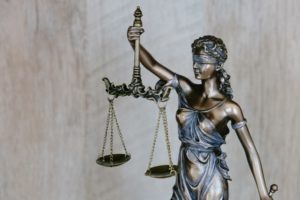 The court considered that the Belgian governments have largely failed in their greenhouse gas (GHG) emission reduction efforts, and will continue to fail to meet their reduction targets.

The court ruled that the Belgian governments had not acted as prudent and diligent authorities and had failed to co-operate notwithstanding their shared responsibilities for environmental matters.

Further, they had failed to take appropriate action following the repeated admonishments of the European authorities about Belgium’s failing climate change policy.

The court also found that by failing to take all necessary action to prevent the ‘the effects of climate change on the claimants’ life and privacy’, the Belgian governments had breached Article 2 (right to life) and Article 8 (right to respect for private and family life) of the European Convention on Human Rights (ECHR).

However, the court did not grant the claimants’ request for an injunction obliging the Belgian governments to reduce their GHG emissions to zero by 2050. Contrary to recent judgments in other jurisdictions, the court ruled that it could not interfere with the discretion of the legislative and executive powers to attain reduction targets.

Whilst the court did not impose any penalties or obligations on the Belgian governments, this ruling is nevertheless regarded by the claimants as a symbolic victory.

It marks the continuation of a larger trend of human rights-based climate change litigation, both against governments and companies that began with the ‘Urgenda’ case in 2015, in which a Dutch court ruled, for the first time, that Articles 2 and 8 of the ECHR provide protection against the consequences of climate change and ordered the Dutch government to cut its GHG emissions.

The Dutch Supreme Court confirmed this decision in 2019.

Since then, claimants in other jurisdictions, such as France and Germany, have also successfully established that their governments are obliged to take additional measures to meet climate change objectives.

The District Court in The Hague relied on an unwritten standard of care in Dutch tort law and the principle established in the ‘Urgenda’ case. In the Court’s view, Royal Dutch Shell’s duty of care to respect human rights required it to bring its emission reduction trajectory in line with the goals of the Paris Agreement. The judgment may be subject to an appeal.

In France, Total has now been sued twice before the Nanterre Judicial Court in France, based on the Corporate Duty of Vigilance law that was introduced in 2017.

This legislation imposes an obligation on large French corporations to identify and prevent risks to human rights and the environment that could occur as a result of their business practices.

In a development that is likely to encourage further claims in that forum, having declined jurisdiction to determine a first claim against Total brought under Corporate Duty of Vigilance law in January 2020 arising from oil-related projects, just a year later, in February 2021, the Nanterre Judicial Court confirmed that it did accept jurisdiction to determine a second claim against Total in relation to climate risks (although it did not rule on the merits of the claim).

These recent cases suggest that the national courts in multiple jurisdictions are increasingly willing to hold governments and companies accountable for their climate change-related targets, which will embolden more claimants.

The decision against Royal Dutch Shell in the Netherlands is also likely to encourage further actions against private corporations in relation to their direct and indirect GHG emissions.

Corporations should also be wary of potential actions that can occur outside of the courtroom, as the rising sense of urgency to mitigate the effects of climate change has prompted shareholders to utilise traditional business mechanisms, such as voting on environmental resolutions at annual meetings to decrease the company’s carbon footprint.

In the last year, shareholders at a number of financial and energy companies have proposed and voted in favour of setting climate targets in line with the Paris Agreement. While not all such resolutions have been passed, the influence that can be exerted by activist shareholders should not be underestimated. Some companies are also being asked by their shareholders to disclose how their business models will be compatible with a net zero economy.

The combination of shareholder activism and increased litigation risk is creating further impetus to push climate change to the top of governmental and corporate agendas. It is therefore now more important than ever that all businesses carefully review both their human rights and climate strategies.

The authors would like to thank Elien Claeys, Gwen Wackwitz and William De Catelle (associates at White & Case) for their assistance with this article.