An estimated 381 million tonnes of plastic waste is produced globally each year. Many countries are left struggling to deal with this growing mountain of waste, particularly those in the Global South and so they are left with little option but to dump or burn it. Environment Journal investigates the air pollution impact of this.

Plastic is a product that in many ways has revolutionised the way we live our lives. It has enabled supermarkets to offer a wide range of fresh produce and it has saved lives through the production of various medical devices.

However, over the past few decades our plastic production has skyrocketed, in 1950 the world produced an estimated 2 million tonnes of plastic per year. Since then, annual production has increased nearly 200-fold, reaching 381 million tonnes in 2020, that’s nearly equivalent to the weight of the entire human population

As a result of this rapid growth, our waste management systems have been unable to keep up. We are all more than used to the familiar site of spotting plastic in our rivers, oceans and nature spots, but in many cases the pollution goes much deeper than the one we can see. Many countries in the Global South lack any efficient waste disposal systems on a local or even national level and so with no way to dispose of this waste safely, individuals are left with no option but to burn it.

Professor Francis Pope, chair of atmospheric science at the University of Birmingham explained: ‘If you haven’t got a top-down system to deal with waste then burning it is the seemingly sensible thing to do. 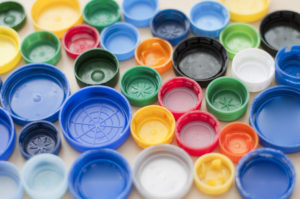 While burning waste may seem like the sensible and cost-effective thing to do, there are many dangerous side effects. When you burn any organic matter it produces carbon dioxide emissions and various air pollutants, but when you burn plastic the outcome is even more sinister.

In 2019, Professor Stephen Smith, head of environmental and water resource engineering at Imperial College London was involved in one of the most extensive studies to date looking at the air pollution impact of burning waste in the Global South. He told Environment Journal:  ‘We measured the emissions from different types of waste and found that plastics are a huge producer of black carbon, a fine particulate material that is released during the combustion process.

‘This means that even if plastic is only a small fraction of the overall waste, it is still responsible for something like 90% of black carbon emissions.

‘We also found that in Mexico over 90% of the waste in rural areas was burned. It was slightly better in bigger towns and cities, however the majority of the waste that is collected is then burned at bigger municipal sites.’

When it comes to air pollution, black carbon is particularly worrying, inhalation is associated with respiratory problems, cardiovascular disease, cancer and birth defects. A lack of local waste collection services in the Global South means that many people have to burn their waste at home, in their gardens or on the side of the roads – this means that this dangerous air pollution is in very close proximity to human habitation.

Professor Smith explained: ‘We found that respiratory diseases were much higher in the countryside, we’re talking one in 20 people being affected by respiratory problems, it was staggering. We expected that in rural areas away from traffic and infrastructure that people would be a lot healthier, but we were wrong.’

The problem with this pollution is that the burden of the suffering does not fall equally. If it is largely countries in the Global South that are struggling to deal with their waste and so are left with no option but to burn it then they shoulder a greater burden than us in the UK, where our waste is shipped off to other countries, buried in the ground or dealt with at incinerators.

Even within each country, the inequality goes even further. Joanne Green, senior policy associate at Tearfund, the international Christian relief and development agency told Environment Journal: ‘There are about 11 million waste pickers across the world and they are on the frontline of the battle against plastic pollution.

‘They work in extremely hazardous conditions and are exposed to open burning on a daily level. According to one study in Mexico, the average life expectancy of a waste picker is just 39 years.

‘They are resilient, productive and effective at what they do and yet there is no accountability.’

In their burning Question report published in 2020, Tearfund called on mass consumer goods companies to work in partnership with waste pickers to create safe jobs. They also called on high-income governments to provide the instruments and technical support required for local governments to work with these groups and offer support.

Joanne Green added: ‘We think there is the potential for a real win-win situation here, we can create clean and decent jobs and we can also reduce plastic pollution, there are joint benefits for both people and the planet.’

What can be done?

Increasingly there is growing pressure on governments and multinational corporations to move away from a single-use economy to a more circular one. In a circular economy, manufacturers design products to be reusable, the purpose is to redefine growth by designing waste out of the system.

However, achieving this somewhat utopian vision is still a long way off, and in the meantime millions of people are continually exposed to dangerous levels of air pollution on a daily basis. It is therefore essential that we take action in the short-term to help other countries to deal with their waste in a safer way.

Professor Smith said: ‘Burning isn’t really picked up at all in the United Nations Sustainable Development Goals and this needs to change.

‘Burning is a really cross cutting issue, it generates air pollution, it generates climate change events and it’s connected to our waste crisis. It needs to be higher up on the policy agenda with top down organisations helping individuals to find alternative ways to deal with this waste.

‘The UK is hosting COP26 this year and I think this is a really unique opportunity to draw greater attention to this issue.

‘We need action on the ground, we need waste collection systems and we need to support the Global South to get it right. This isn’t just a local issue, it affects everyone and solving it wouldn’t just solve the burning problem, it would help to address water pollution, the climate crisis and our ongoing health crisis.’

This article first appeared in the Air Quality News Magazine.