Living near a woodland is good for children’s mental health, according to researchers at University College London.

In what is believed to be one of the largest studies of its kind, the researchers used longitudinal data relating to over 3,500 children aged nine to 15 years from 31 schools across London.

They then used satellite data to calculate each adolescent’s daily exposure to green space (woods, meadows and parks) and blue space (rivers, lakes and the sea).

After adjusting for other variables, the results showed that higher exposure to woodland was associated with higher scores for cognitive development and a 16% lower risk of emotional and behavioural problems two years later.

The researchers note that the level of air pollution might have influenced adolescents’ cognitive development, but they did not feel these observations were reliable or conclusive, and these require further investigations. 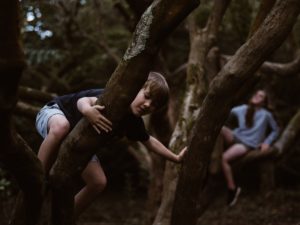 It is currently estimated that one in 10 of London’s children and adolescents between the ages of five and 16 suffer from a clinical mental health illness.

Therefore, the authors have highlighted that urban planning decisions to optimise benefits linked to cognitive development and mental health should carefully consider the type of natural environment included.

The lead author of the study, PhD student Mikaël Maes said: ‘Previous studies have revealed positive associations between exposure to nature in urban environments, cognitive development and mental health. Why these health benefits are received remains unclear, especially in adolescents.

‘These findings contribute to our understanding of natural environment types as an important protective factor for an adolescent’s cognitive development and mental health and suggest that not every environment type may contribute equally to these health benefits.

‘Forest bathing, for example (being immersed in the sights, sounds and smells of a forest), is a relaxation therapy that has been associated with physiological benefits, supporting the human immune function, reducing heart rate variability and salivary cortisol, and various psychological benefits. However, the reasons why we experience these psychological benefits from woodland remain unknown.’