Rural areas must play a significant role in reaching net-zero 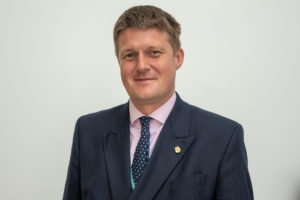 Richard Clewer, leader of Wiltshire Council, and chair of the Countryside Climate Network argues that the UK will never reach net-zero unless rural areas play a significant role in cutting carbon emissions.

Not only does climate affect farms and gardens but rural areas can be more vulnerable to severe weather conditions. Only in January this year the river Avon broke its banks flooding the village of Reybridge near Chippenham and blocking major local roads.

We are improving our flood defences, of course, but we are all very aware that serious flooding is occurring with increasing frequency and that climate change is partly to blame.

County council leaders like me in rural areas are determined that Britain has to take immediate action.

A new report Rural Net Zero just published, championed by local leaders such as myself, as part of UK100’s Countryside Climate Network, lays out what needs to be done.

This is because in rural areas many of us have to use cars as there simply isn’t a viable alternative. And the highest carbon-emitting industries like cement-making and papermaking tend to have factories in rural areas. Mineral mining and energy production contribute to high emissions too.

This means as countryside dwellers and rural leaders we have an added responsibility to act, especially if we are to contribute to the Prime Minister’s ambitious and welcome target of cutting 78% of carbon emissions in the next 14 years.

It is tricky. Urban areas have benefited from lots of public investment in low carbon technology and infrastructure while the countryside has been left behind. Cities have also benefited from scale.

It is easier to retrofit lots of homes in a city than lots of houses which are miles apart in villages and hamlets. That concentration of population means cities can also effectively invest in low carbon district heating systems which produce communal recycled energy for thousands of homes and businesses.

Public transport in most rural areas in England is lacking, often linked to subsidies of fixed buses rather than more flexible ‘on demand’ services and there are fewer opportunities for local councils to encourage people to use bicycles or to walk because of the distances involved.

Digital connectivity in rural areas is still not always as good as it should be either. That means bus timetables cannot be easily digitalised and other services can be less efficient, delivering adult social care in a rural environment is far more complex with long travel times than it is in an urban environment.

And the national grid has concentrated its capacity in cities where demand is high, so if you want to produce renewable energy in the countryside where wind and sun can be captured in abundance, the grid can’t take it!

There are lots of challenges here for national government, which needs to help us improve rural infrastructure in the next ten years to meet our ambitions not only to create a modern countryside but also to reach net-zero.

But we in the countryside can also contribute if the conditions are right. As local leaders we need to be better at making the case for onshore renewables as well as arguing for government incentives – we have the capability to do our bit, we need to be clearer about this. Second, we can help with carbon sequestration – that is we can reforest areas and plant thousands more trees as well as looking at how we use old mines and other underground spaces for carbon capture.

This will not only help rural emissions but help offset carbon emissions from industries like aviation which will find reaching Net Zero difficult. Third, we can work with farmers and landowners, changing farming practices to reduce emissions and digitisation can make this much easier.

As local leaders, we want to work with the government to make this happen.

We want to be partners in developing and supporting practical climate solutions in agriculture and land use. Better transport and connectivity, renewable energy and insulated housing will have huge side benefits for our population too including improving public health, easier access to services, and more biodiversity. In the much longer term, it will also hopefully mean less flooding!

I can’t see how this is going to work, unless there are significant subsidies provided by the Wiltshire taxpayers, public transport is vitrually non-existant, ASHP prohibitively expensive, as a Hampshire resident I watch Wiltshire with interest.