Episode 5 of the Environment Journal Podcast is now LIVE 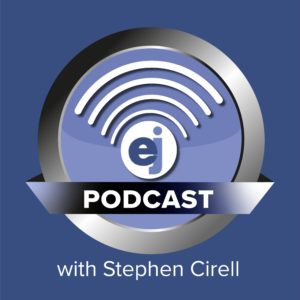 This month in the Environment Journal Podcast series I chat to Professor Nick Chater, who is a Professor of Behavioural Science at Warwick Business School.

I have been looking forward to introducing the subject of behaviour change into the Podcast series as many believe that this is the ‘elephant in the room’ ie a key part of the scenario that nobody is really acknowledging.

As Rebecca Willis commented in the March Podcast (in the context of political will), it is all very well talking about energy efficiency, but the real issue is stopping digging up fossil fuels and burning them, whereas this is seen as far too sensitive an issue to be addressed.

Professor Chater has written a fascinating report for the Committee on Climate Change which is included in the suite of documents produced to accompany the 6th Carbon Budget under the Climate Change Act 2008, entitled ‘Net Zero After Covid: behavioural principles for building back better.’

He explains in this month’s Podcast how Covid was a particularly good example of how behaviours can be changed remarkably quickly when we have to do this. The classic example is the die-hard office worker, who will ‘never work from home’ – until the office is shut for four months due to the Pandemic! Surprisingly, said office worker gets used to home working quite quickly – and actually likes it better! 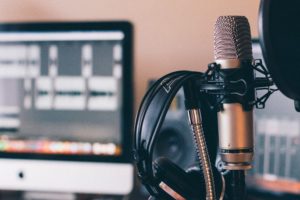 He outlines three key principles which underpin the behavioural science on this area: the power law of practice, the status quo effect, and unwritten rules of social behaviour. In each case, he gives examples of how they operate and provides tools for action to persuade people to embrace the low carbon way of life.

I also wanted to dig into how to actually get to people to encourage them to change their behaviour. In an article by well-known activist George Marshall (author of a number of books on climate change) he quotes Michael O’ Leary, the loud mouthed CEO of Ryanair:

‘The environmentalists are like the peace nutters in the 1970’s. You can’t change the world by putting on a pair of dungarees or sandals. I listen to all this drivel about turning down the central heating, going back to candles, returning to the Dark Ages. It just panders to your middle class, middle-aged angst and guilt. It is just another way of stealing things from hard-pressed consumers.’

Marshall goes on to say that we must remember that people will only accept a challenging message if it speaks to their own language and values and comes from a trusted communicator, which is similar to the message in Professor Chater’s report. He thinks that often the best way to achieve this is to enable ordinary people to take ownership of the issue and talk to each other in their own words – a view supported by Rebecca Willis and suggesting that more Citizen’s Assemblies or similar types of forum might be in order.

This candid exposition of behavioural science paints a positive picture of what is possible in society moving forwards, but also shows that how the transition is managed (even down to the terminology used) will be important.