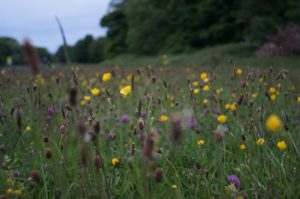 Researchers call for urgent re-organisation of the global economy in order to prevent further biodiversity loss and planetary harm.

According to the report, which was published by researchers at Lancaster University, the University of British Columbia and Duke University, current discussions around biodiversity loss focus on how to bring nature into the existing economic rules, rather than examining how the rules are creating the problem in the first place.

The report highlights that existing trade rules, economic policies, debt loads, subsidies, tax loopholes, and the long-standing failure of rich countries to meet spending commitments, are not only undermining efforts to conserve biodiversity but are also fundamental drivers of ecological damage.

This means that investments into nature-enhancing projects are doing little to stem the worsening biodiversity crisis – because underlying economic drivers are being ignored.

The authors also highlight how social inequalities across race, gender, class, and caste lines not only influence how the effects of biodiversity loss are felt, but themselves drive extinction and ecological degradation by unfairly pushing developing countries and financially poor communities to pursue ecologically damaging survival and development strategies.

Thus social and environmental justice should be central to efforts to address the biodiversity crisis.

Dr Jessica Dempsey, co-lead researcher from the University of British Columbia’s Department of Geography said: ‘Our research shows that not only are more financial resources necessary to stem the biodiversity crisis, but we need a broader rethink about how the rules of the economy are driving the sixth extinction.

‘We need to take a hard look at things like tax and intellectual property policy, and even entire ideas that guide how the global economy works – like what it means for governments to be ‘financially responsible’ when austerity has such a poor track record of delivering good environmental outcomes.”

‘Therefore, we are calling for an urgent new approach with strong state and coordinated multilateral action to regulate and redirect biodiversity-degrading finance towards a green recovery. This requires strengthening our public institutions and initiating deep political and public investment reforms.’