Progress towards a fair and sustainable economy is happening at differing rates in different parts of Cornwall, according to a new report published by researchers at the University of Exeter.

In — Cornwall became the first county in the UK to adopt the concept of doughnut economics.

The concept, which came from economist Kate Rawarth, is in line with the principles of a regenerative and redistributive economy. Instead of growth in GDP being the hallmark of a society’s well-being, in a doughnut economy, the focus is on well-being and the balance of human socio-economic and ecological health.

In the report, the researchers highlighted that progress on achieving sustainable development is ‘not uniform.’

In a questionnaire from 50 Town, Parish and City Councils, the majority of respondents revealed that they are concerned about the environmental issues of sustainable land management, biodiversity and managing waste.

On the social side, the majority of respondents said they are concerned about poverty, access to food, housing and transport. 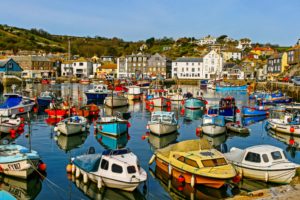 The authors of the report have highlighted that action has been taken by councils across Cornwall, however, there is clearly a lot more that could be done with greater funding and enhanced support.
For example, a case study in Helston identified that the priorities for sustainable development largely aligned with the domains underpinning the county-wide Doughnut model.
Transport and work were commonly mentioned social issues cited as priorities and climate change and biodiversity were the most frequently mentioned environmental priorities, with respondents noting the significant opportunity for taking local action to address biodiversity loss in particular.
Professor Jane Wills said: ‘The challenges of present-day issues such as social deprivation and climate change are rooted in inter-dependent systems that require innovative responses at multiple levels.

‘Following a major campaign to hear from people about ‘the Cornwall We Want’ for future generations, partners across Cornwall have embarked on an ambitious agenda to pursue environmental and social sustainability.

‘This report shows the significant role local councils and communities are playing.’

Dr Rachel Turner added: ‘Cornwall already has high levels of inequality, and it’s important to think about the fair distribution of costs and benefits as we tackle environmental challenges.

‘Increasing the scope for local decision making and leadership should allow communities to develop appropriate plans for change.’

Might I offer, with 33 years of experience in Permaculture Design, 258-acre Regenerative Farming Design of Hoku Nui Maui, LLC, Hokunui.com, 2012-2016, and ecological building, teaching globally, since 1993, and writing many articles that the word sustainable is a dial tone, a flat-lining, and only one step better than the suicidal paradigm we are exiting?
The gift of Nature, the beauty of our true Nature, as Nature is regenerative, and aligns in mutually beneficial relationships, efficiency, functional artisanal tools shared, stacking functions and reaps abundance, resilience and a dynamic stability where every life wins, all life, and ecosystems flourish.
I am moving to the UK, soon as possible, and will be exploring living in Cornwall. I am eager to be of Sacred Service to a wave of sanity across the UK, beginning in Cornwall, home of my great grandfather, Henry Charles Stewart Brown, from Kenwyn, Cornwall.
Aloha, Claire 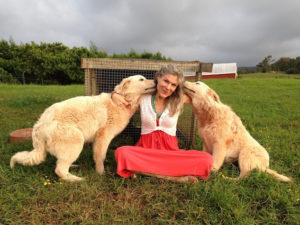