Biodiversity loss may have long-term consequences for humans

Biodiversity loss may have long-term consequences for humans, according to a new study published in the journal Proceedings of the National Academy of Science.

Species extinction is known to cause long-term problems, such as reducing the water filtering benefits of a forest or reducing the amount of forage available to cattle.

In order to understand the overall effects of biodiversity loss, researchers from the University of Texas conducted a three-year study looking at what would happen if plants that are sensitive to drought actually disappeared.

The researchers found that if the drought-sensitive plants disappear, the remaining plants grow less, which in turn can lead to randomised species loss.

The researchers also found that the ability to resist invasive species varied widely from year to year, this suggests it’s harder to predict what future Geosystems might look like as climate change continues. 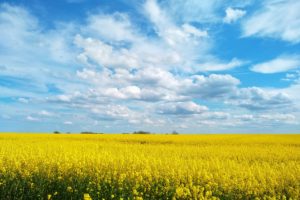 Erika Zavaleta, a professor of ecology and evolutionary biology said: ‘We’re building a framework to understand what losing species means.

‘That gives conservation managers an opportunity to anticipate and to manage ecosystems to preserve certain species and also to mitigate for declines in other species.

‘Variability in ecosystem functioning isn’t necessarily a bad thing, but it does mean more risk that the system can cross thresholds into a new stable state.

‘For example, you might have heavy rainfall one year, allowing a lot of invasive species to come in and some native species to disappear. Then the next year, when it’s dry again, maybe the system doesn’t snap back.’

Amelia Wolf, an assistant professor of integrative biology added: ‘From previous experiments, we already know that losing biodiversity can have big impacts on ecosystems.

‘When we incorporated more realistic aspects into our study, we found that those impacts were often exacerbated.

‘I think studies like this can help set conservation priorities and help us predict where things are headed.

‘Species have important impacts within an ecosystem, and they have effects that we can quantify — and if some species are gone, ecosystems will change in a quantifiable way. Some of these changes might not be noticeable to most people, but many of these changes are likely to be consequential for humans.’