The UK will officially no longer use coal to generate electricity from 2024, a year earlier than previously planned.

Coal is the most carbon-intensive fossil fuel and is responsible for harmful levels of air pollution.

The Government confirmed in 2017 that it would regulate the closure of all the UK’s unabated coal power plants by October 2025, and in February last year, Prime Minister Boris Johnson announced plans to bring forward the deadline to 2024. 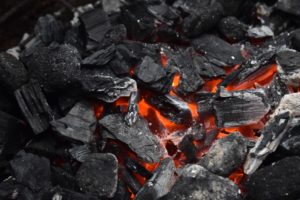 Anne-Marie Trevelyan said: ‘Coal powered the industrial revolution two hundred years ago, but now is the time for radical action to completely eliminate this dirty fuel from our energy system.

‘Today we’re sending a clear signal around the world that the UK is leading the way in consigning coal power to the history books and that we’re serious about decarbonising our power system so we can meet our ambitious, world-leading climate targets.

‘The UK’s net-zero future will be powered by renewables, and it is this technology that will drive the green industrial revolution and create new jobs across the country.’

Friends of the Earth energy campaigner, Tony Bosworth, said: ‘Although this is welcome news, coal power was already fading into the history books.

‘Coal provided just 1.5% of UK electricity in the final quarter of 2020, the lowest level on record, and by the end of next year, there will be just one coal-fired power station still in operation.

‘But ministerial boasts about taking radical action to completely eliminate this dirty fuel ring hollow while this government is still sitting on the fence about a new coal mine in Cumbria.’