The use of leaded petrol has come to an official end

Since 1922, the use of tetraethyllead as a petrol additive to improve engine performance has been a catastrophe for the environment and public health.

Leaded petrol causes heart disease, strokes and cancer and it also affects the development of the human brain.

According to UNEP, the banning of this fuel has been estimated to prevent more than 1.2 million premature deaths per year. 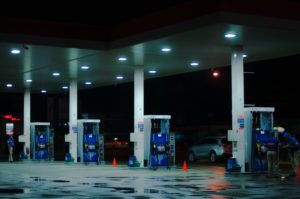 The end of this fuel is also expected to support the realisation of multiple Sustainable Development Goals, including good health and well being, clean water, clean energy, climate action, sustainable cities and life on land.

However, despite this progress, UNEP has highlighted that the fast-growing global vehicle fleet continues to pollute local air, water and soil, while also contributing to the global climate crisis.

Inger Anderson, executive director of UNEP said: ‘The successful enforcement of the ban on leaded petrol is a huge milestone for global health and our environment.

‘Overcoming a century of deaths and illnesses that affected hundreds of millions and degraded the environment worldwide, we are invigorated to change humanity’s trajectory for the better through an accelerated transition to clean vehicles and electric mobility.

‘That a UN-backed alliance of governments, businesses and civil society was able to successfully rid the world of this toxic fuel is testament to the power of multilateralism to move the world towards sustainability and a cleaner, greener future.

‘We urge these same stakeholders to take inspirationfrom this enormous achievement to ensure that now that we have cleaner fuels, we also adopt cleaner vehicles standards globally – the combination of cleaner fuels and vehicles can reduce emissions by more than 80%.’