Residential proximity to oil and gas drilling is linked to lower birth weights in newborns, according to researchers at Oregon State University.

Developing foetuses are highly sensitive to environmental pollution, so to measure the impact, the researchers examined birthweight and location data for 2,598,025 mother-infant pairs in which the mother was pregnant while living within 10 kilometres of an oil or gas drilling site.

After accounting for other potential factors, the researchers found that living within 3 kilometres of an active drilling site was associated with a 7 – 9 gram reduction in birth weight.

According to the researchers, there are many potential reasons behind this lower birthweight: air pollution from drilling activities, flaring and increased traffic going to and from the drilling site, water contamination, noise pollution and light pollution. 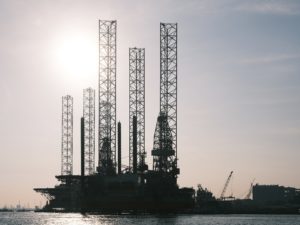 ‘So it’s concerning, but this magnitude of the effect is smaller than similar papers because we take into account the economic benefits of drilling.

‘The industrial boom of a new drilling site, particularly in rural areas, can bring new jobs, higher wages and better access to quality health care alongside the increased environmental pollution.’

With this study, Willis said the team hoped to give policymakers a standard safe distance for drilling, but they found the health impact doesn’t totally dissipate at 3 kilometres (nearly 2 miles).

In related news, babies born to mothers exposed to extreme rainfall shocks are smaller due to restricted foetal growth and premature birth, according to a new study published in the journal Nature Sustainability.