The current rate of plastic pollution may trigger irreversible damage, warns an international group of researchers.

Plastic is found everywhere on the planet, from deserts and mountaintops to oceans and the arctic.

Plastic accumulates in the environment when the amount emitted exceeds those that are removed by clean up initiatives and natural environmental processes.

As of 2016, estimates of global emissions of plastic to the world’s lakes, rivers and oceans have ranged from 9 to 23 million metric tonnes per year, with a similar amount also emitted onto land.

These estimates are expected to almost double by 2025 if business-as-usual scenarios apply. 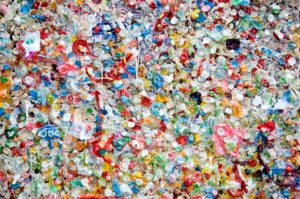 On top of the environmental damage that plastic pollution can cause by harming wildlife, the researchers have said it could also act in conjunction with other environmental stressors to trigger wide-ranging effects.

The study lays out a number of hypothetical examples of possible effects, these include:

‘Plastic is deeply engrained in our society, and it leaks out into the environment everywhere, even in countries with good waste-handling infrastructure,’ said Matthew MacLeod, professor at Stockholm University and lead author of the study.

‘Right now, we are loading up the environment with increasing amounts of poorly reversible plastic pollution. So far, we don’t see widespread evidence of bad consequences, but if weathering plastic triggers a really bad effect we are not likely to be able to reverse it. The cost of ignoring the accumulation of persistent plastic pollution in the environment could be enormous. The rational thing to do is to act as quickly as we can to reduce emissions of plastic to the environment,’ he added.

Friends of the Earth’s plastics campaigner Camilla Zerr commented on these findings: ‘This is a warning we cannot afford to ignore. Governments and businesses around the world must do far more to stem the tide of plastic pollution pouring into our environment.

‘The UK government has a golden opportunity to show international leadership on this issue by including new laws to reduce plastic pollution in its flagship Environment Bill, which is currently passing through Parliament.

‘Plastic recycling can always be improved, but it’s not a solution in itself. If emphasis moves to reuse, refill, and repair, there will be an enormous reduction in plastic and the need to recycle it, and that should be the aim.’