Microplastics affect individual fish differently, according to researchers at the University of Essex.

Microplastics in the oceans are particularly concerning because their small size makes them easily ingestible by a wide range of marine species. However, research into the impact that these plastic particles have on marine health remains relatively unknown.

In order to further understand their impact, researchers carried out a range of controlled experiments where they repeatedly exposed early-stage sea bream to equal concentrations of microplastics.

They found that some of the fish consistently consumed large numbers of microplastics while others avoided them.

The researchers have suggested that the level of ingestion could be related to the personality traits of certain fish, with more active fish ingesting more particles than less active fish.

Based on these findings the researchers have suggested that the impact that microplastic pollution is having may not be the same across populations. 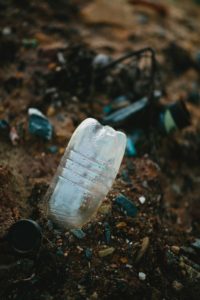 Dr Gerrit Nanninga, the lead author of the study from the University’s of Essex’s School of Life Sciences, said: ‘More importantly, we found that fish which had ingested large quantities of microplastics exhibited a reduced startle response – which means they could be at greater risk of predators.

‘Such variation could have a strong impact on the way that microplastic pollution affects populations – some individuals may be more/less affected, simply because they have an innate tendency to consume/avoid these potentially harmful particles.’

‘Ignoring inter-individual variation in microplastic ingestion during experiments may lead to inaccurate conclusions about the consequences of microplastic exposure on fish.’

In related news, microplastics may be responsible for a loss of oxygen in the ocean, according to a new study published in the journal Nature Communications.

Dr Karvin Kvale, lead author of the study said: ‘These findings are significant because there has long been scepticism in the scientific community that microplastic concentrations in the ocean are high enough to have any impact on nutrient cycling.’