Over 100 local authorities have pledged their support for the Climate and Ecological Emergency (CEE) Bill.

The Bill provides a framework of overarching policy imperatives that recognise a responsibility to reduce the UK’s entire emissions and ecological footprint.

The Bill was tabled by a group of MPs in June and is scheduled for its Second Reading in the House of Commons in September.

In a letter which was publicly sent to the MP Ben Bradshaw, Cllr Andrea Davis, a conservative councillor and cabinet member for climate change, environment and transport on Devon County Council, said: ‘We are already gathering support and acting at a local level on the aims of the CEE Bill.

‘To enshrine the aims in law would provide even greater focus on the climate and ecological emergencies and give a greater mandate for national policy and resources to be aligned, to have the necessary impact on these most pressing of issues.’ 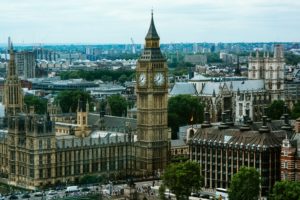 Cllr Sally Longford, a Labour councillor and deputy leader of Nottingham Town Council, said: ‘The recent examples of extreme weather in Europe and the US shows that action on climate change is needed now.

‘To tackle climate change, national and international action is needed. In requiring the government to achieve climate and nature targets, and giving the Secretary of State a duty to implement a strategy to achieve them, I believe the Climate and Ecological Emergency Bill acknowledges the urgency of the situation and outlines a framework in which to do something about.’

Earlier this year Environment Journal spoke to the people behind the Climate and Ecological Emergency Bill to hear about their journey, their aims and the struggles of getting the Bill passed.