Is the golden age of cycling really here to stay?

More and more people have turned to pedal power during the lockdown as roads emptied and air quality improved. But as lockdown measures ease, Jamie Hailstone investigates what can be done to ensure that these gains are not lost?

There have been a few glimmers of hope during the lockdown, but the resurgence of walking and cycling has been a genuine ‘good news’ story.

Whether it has been part of a household’s daily exercise or avoiding public transport, pedal power is making a comeback, which can only be a good thing when it comes to both personal fitness and the local environment.

Even the prime minister, Boris Johnson, has suggested that post-lockdown Britain will see a ‘golden age of cycling’. And now councils up and down the country are looking at extra cycle lanes and widened pavements, as part of social distancing measures.

But how long will this renaissance last? Will the changes we have seen over the last few months prove to be permanent, or will active travel prove to be a passing fad?

The signs during the lockdown have certainly been encouraging. In May, the Greater Manchester Combined Authority estimated that walking and cycling was making up a third of all local journeys, with 179,000 bike trips in a single day, up 74% on pre-lockdown levels.

And independent experts from Ricardo Energy and Environment concluded that Oxford city centre has seen a 59% drop in air pollution as a direct result of the coronavirus lockdown.

Speaking at an online conference organised by Green Alliance last month, Greater Manchester’s commissioner for walking and cycling, and Olympic gold medallist, Chris Boardman, said the lockdown has ‘reframed everything’ when it comes to the debate around active travel, and encouraging more people to take up walking and cycling.

‘We can’t ignore the fact that the environment has changed and people like it,’ says Mr Boardman. ‘We have a huge body of evidence from the last two months, which says people will do this. On average, walking and cycling are 42% up on pre-COVID levels, when every other form of transport is between 60% and 90% down.’ 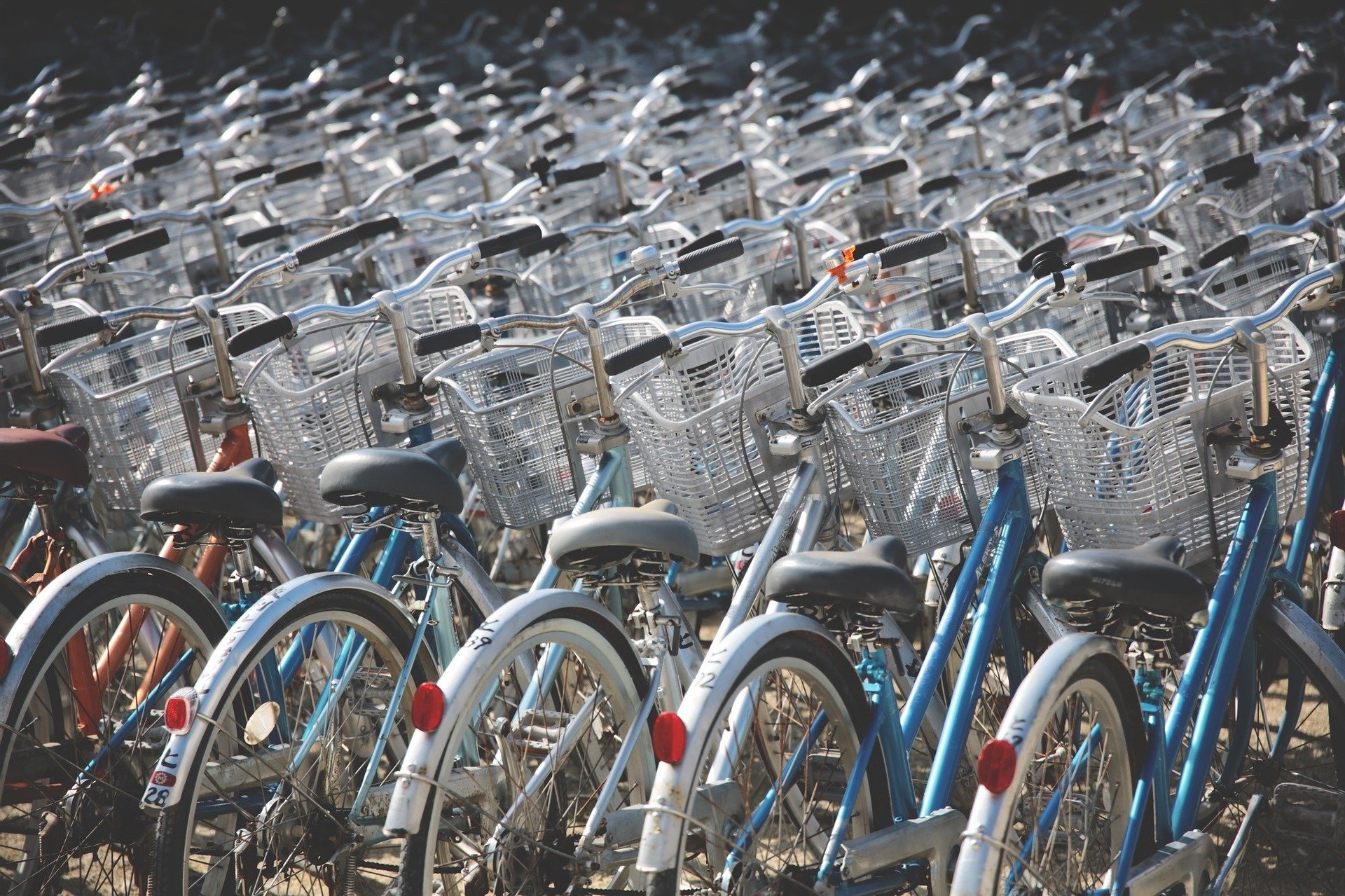 Oxfordshire County Council’s cycling champion, Cllr Suzanne Bartington tells Air Quality News that she believes there has been a ‘phenomenal shift’ in the number of people taking up cycling.

‘I’ve seen a queue of bikes out on a Sunday along a local route. There were people of all ages, not just regular cyclists, out on their bikes.’

‘A lot of that has been due to reduced traffic levels and people feeling safer. But also, I think people have turned to bikes because of what it gives them in terms of exercise. You can cover more ground than if you are out for a walk and people want to explore the local area.’

Cllr Bartington adds that a recent survey of all 63 Oxfordshire county councillors found that the need to improve cycling infrastructure was the standout priority in terms of how Oxfordshire’s share of the government’s £250m Emergency Active Travel grant fund should be spent.

‘I was astonished with some of their responses,’ she explains. ‘Rural councillors were saying “yes, we need to have 20 mph limits” and “we need to think about pedestrian and cycle only streets”.’

But as lockdown measures ease, the question remains whether the current momentum around walking and cycling can be maintained. Mr Boardman believes ‘what happens in the next 20 days will set the agenda for the next 20 years’.

‘I’m told that this is coming straight from Number 10 through the prime minister, and also through his transport adviser, Andrew Gilligan who was his “cycling Tsar” when he was mayor of London,’ Mr Tranter tells Air Quality News. 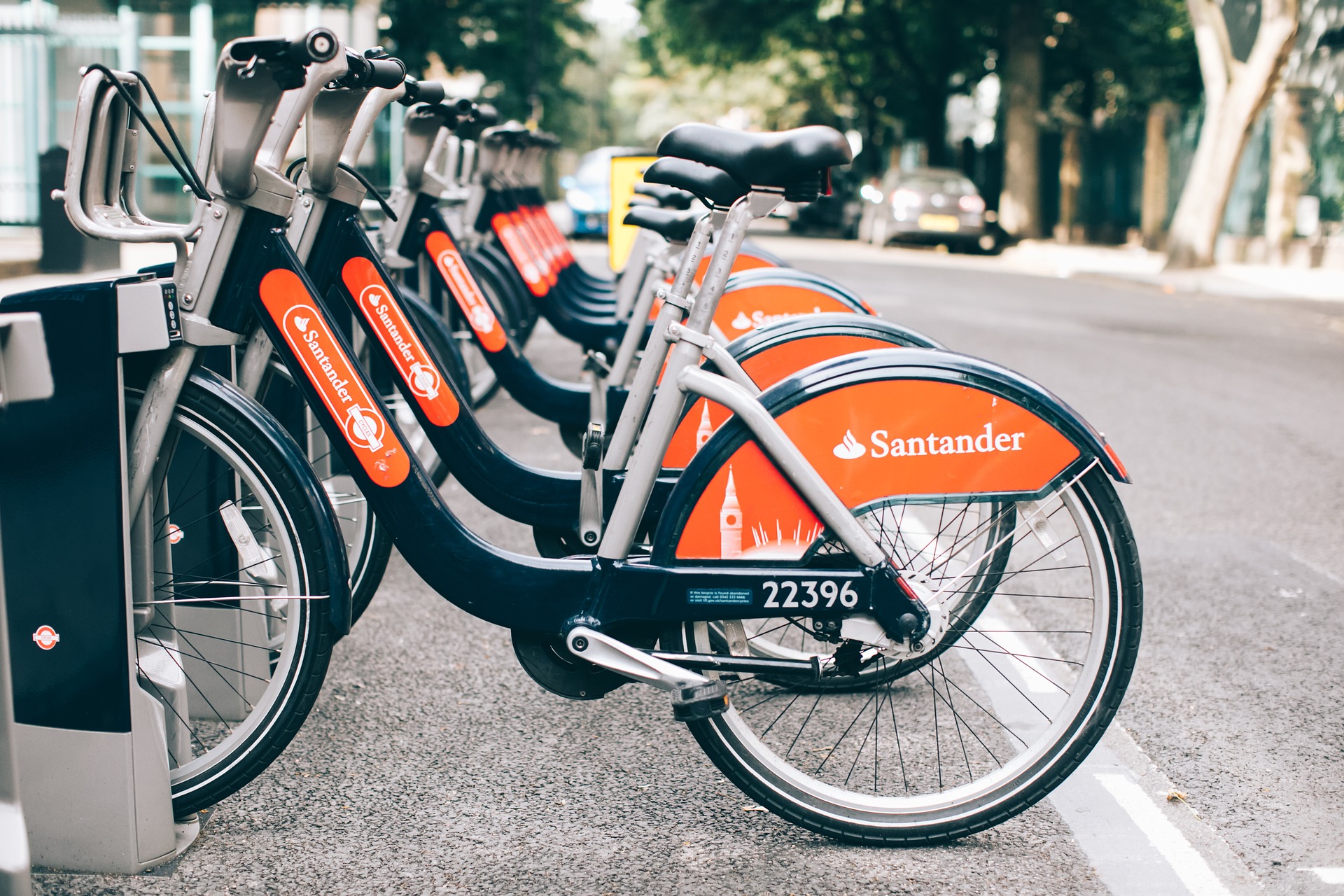 As councils start to investigate the possibility of implementing more active travel schemes, the engineering consultancy WSP has developed new user guidance for the updated Active Mode Appraisal Toolkit (AMAT) on behalf of the Department for Transport.

The guidance will help stakeholders to effectively use the AMAT to appraise schemes for programmes including local cycling and walking infrastructure plans, Transforming Cities Fund and the recently announced Emergency Active Travel Fund.

‘As we start the hard work to recover from the disruption brought by COVID-19, we must seize the parallel opportunity to leap ahead with the net zero carbon agenda,’ says WSP’s head of UK transport, Rachel Skinner.

‘These infrastructure commitments are also a critical element in underpinning our collective efforts to fulfil the true potential of walking and cycling as one of many solutions to combat the climate emergency and air quality.’

‘The AMAT takes on board the very latest in best practice and innovation for active modes to give confidence and assurance to local authorities which are keen to invest and make fast progress in their strategic recovery plans for COVID-19.’

‘They will also need to consider how the schemes will be funded, maintained and kept safe for users in the long term,’ says Mr Morgan.

‘Investing for the future is important as councils will need to develop and update their asset infrastructure so that it can be efficiently and sustainably managed. The accessibility and suitability of the schemes will also be key.

‘Location, design, safety and materials used are all factors that will determine the effectiveness and environmental impact of the schemes, as well as the impact on local authority’s revenue streams, such as parking charges.’

The chief executive of the British bike-share firm Beryl, Phil Ellis, says putting power in the hands of local authorities is a ‘great way to help cyclists overall’.

‘Overall clean air zones improve the total liveability of the streets, as well as, of course, helping cyclists. Positive examples of that are the low emission neighbourhoods (LENs) in London, particularly in Shoreditch,’ says Mr Ellis.

‘Birmingham is doing innovative things with their clean air zones that goes far beyond helping just cyclists, but helping everybody move more sustainably,’ he adds.

‘Milton Keynes has got a lot of cycle network provision, but it has not got the culture of cycling,’ she explains.

But despite the renewed enthusiasm for active travel, some people are more cautious and concerned that the need to maintain social distancing will see people choose the car as a way to get around.

‘My greatest concern is that post-lockdown, and in seeking to stimulate the economy, then with social distancing still in place, the private car, an enclosed vehicle, will once again be perceived as the transport mode of choice,’ says the sustainable future transport lead at environmental consultancy Eunomia, Gavin Bailey.

‘It’s difficult to be socially distant on a crowded tube, train or bus, and a recent study links the virus epidemic in New York City to the subway system providing a potentially damaging narrative to public transport modes.’

While Coventry’s bicycle mayor is worried that some cities ‘may sleepwalk into adoption of electric vehicles in the same way they did with diesel cars’.

‘An electric vehicle traffic jam is still a traffic jam,’ says Mr Tranter. ‘Electric vehicles don’t stop road danger and they also cause particulate matter (PM 2.5), especially the tiniest of the measurable particles you get through brake wear.

‘Infrastructure is what’s needed to keep people cycling in the long term,’ he adds. ‘We need to make cycling safe and we need to make it feel like anybody can do it.

That’s not the case at the moment and it won’t be the case with a small amount of public infrastructure, but it will be a start.

‘But we really need to continue this political will and see proper and renewed funding, and we need to see it being followed-up with a long-term strategy in the same way they have a plan for road building.

‘They need to have the same for cycling, so it’s not a political football every time there’s a new government. It’s something that we need to build into the ecosystem and the structure of our country, and that’s how we’ll get the true benefits and get people cycling long term.’

‘And finally, it’s worth mentioning, even if you don’t ride a bike, having more people cycling is good for you. Around 68% of journeys made in this country are under five miles, like the school run. If we can get those kind of journeys all off the road, everyone benefits, even if you’re not riding a bike.’

The vagaries of the British weather, notwithstanding, the summer months are traditionally a time when people head outside, so the short-term prospects for cycling remain healthy.

And while active travel campaigners have often faced an uphill battle getting their message across, recent events have proved that people are willing to embrace walking and cycling. All it needs now is more political will and funding, and we can be at the start of an active travel revolution.

This article first appeared in the July issue of the Air Quality News magazine, which you can read here.