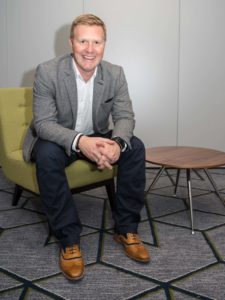 In the 2020 Budget, chancellor Rishi Sunak announced plans to spend a further £27bn on road building.

‘A road is made up of quarried stone which is essentially stuck together with glue that we call bitumen,’ explains Toby McCartney.

‘Across the UK, about 10-15% of the roads contain a plastic polymer that is designed to enhance the bitumen, to make it more durable.’

The majority of this plastic is created new for the roads, however, MacRebur is aiming to disrupt this supply chain by using waste plastic instead.

‘We just don’t see the point in producing this plastic new, so instead, we are using waste that would otherwise be destined for landfill or incineration.

‘We have put roads down as far and wide as Australia, New Zealand, America and of course the UK and we always aim to source plastic waste as locally as possible.’ 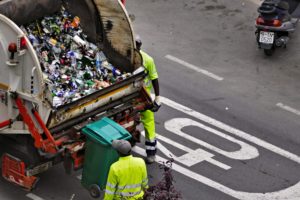 According to Toby, producing one mile of new road could use around 10 tonnes of plastic waste.

‘It might not sound like much, but if you think about how light plastic is, 10 tonnes of plastic is a huge amount.’

Toby’s inspiration for this approach came when he was doing charity work in India.

‘I was working with Pickers, the people whose job it is to basically go to landfill and pick out various things that they can reuse or recycle. 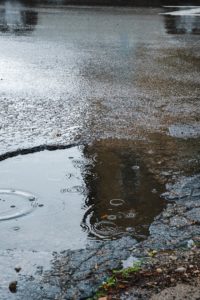 ‘One of the things that they were doing is taking the stuff that they couldn’t recycle and putting it into potholes, setting it alight and letting it all melt down to form a seal in the hole.

‘When I first started in this business, this is exactly what I did but unfortunately, the local authorities weren’t very happy with us setting fire to their roads, so I had to think again.

‘I have a little chemistry background so I tried to find the same genetic code between the plastics we have in our household versus the bitumen that was used in the road. I did 144 tests that failed, but it was on the 145th test that I was successful.’

MacRebur has plans to expand, both nationally and internationally. However, according to Toby one of the main challenges they face is getting their products to market.

‘Oil companies currently supply the bitumen and these companies have so much power, so we’re really up against it.

‘It’s all about finding engineers and local authorities that are innovative enough to try something new. We want to work with any local authority or government body that has problems with poor quality roads on one side and the plastic waste epidemic on the other side.

‘It costs less, it reduces carbon emissions, it uses up the waste plastic and enhances the road. It doesn’t matter where you are, from Azerbaijan to San Diego, many countries face the same problems and we have the solution.’

Is he still using the hard luck story of Indian orphans melting plastic into potholes? The idea of using waste plastic in tarmac came from Indian Professor Vasudevan years ago and I think that Toby saw his signs in India and thought “Great idea I can make money from that”.

So another green light here for plastic production- keep making it cos we will make roads from it – never mind the toxic run-off full of micro-plastics- and oh yeah let’s exploit the pickers too. Doh