Interview: Professor Greg Marsden from the University of Leeds on decarbonising transport 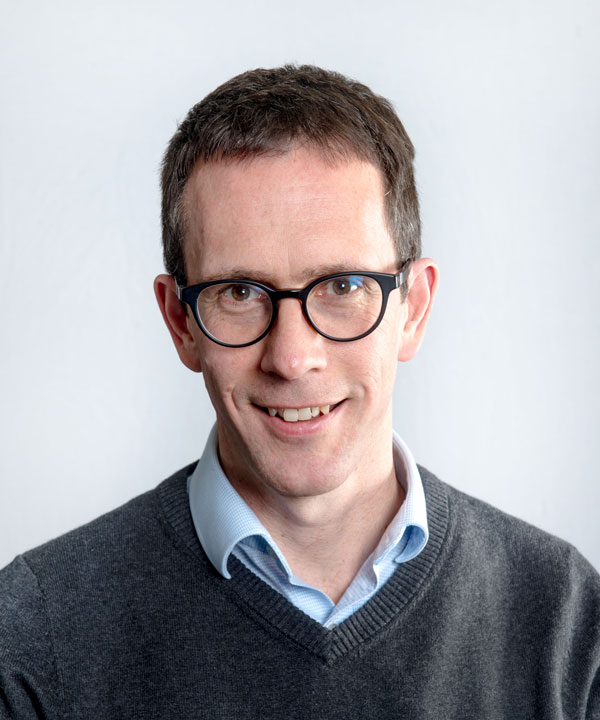 Environment Journal recently met Professor Greg Marsden from the Institute of Transport Studies at the University of Leeds. He’s been integral in the formation of the DecarboN8 network of northern universities which aims to bring academia, government and business together to pioneer the transport solutions of the future.

How did the DecarboN8 network come about?

It was an idea I had back in 2018. It was obvious then that we were still not making progress towards carbon reduction targets. I was a bit concerned that we only tend to look at carbon on a national scale, but when you look across the regions such as the north, there are areas with very different characteristics.

For example, how do you decarbonise rural North Yorkshire versus central Manchester? or the suburbs versus city centres? They all need different approaches.

I wanted to help create something that was focused around places and make the North somewhere where you want to come and try out innovations. We want to build a community of people and share knowledge.

A city like York has a lot of Park and Ride sites. If you were trying to replicate that in Leeds the routes and topography are different. So it will be about learning the lessons of places.

Leeds is heading in the right direction but is still struggling to throw off the chains of the ‘motorway city of the 1970s’ tag.

There has to be big changes in the transport system if we’re going to get anywhere near our carbon targets.

We want to make politicians aware of the policy opportunities and for them to be honest. They’ve all declared climate emergencies but none seem to have plans that get them anywhere near to what they’ve declared.

Aiming for 2050 is part of the problem with the way we’re debating things at the moment. The climate science says we have a fixed carbon budget and what happens in the next seven or eight years will dictate whether we can get anywhere close to our Paris Agreement commitments. That really isn’t understood. It’s not 2050 or 2030 but what have we done by 2025 that’s really important.

What role will local authorities play in DecarboN8?

We will pick local authority partners to work with based on what their key challenges are, and then bring businesses and researchers together around that.

We see ourselves as both a commissioner of longer-term research but also a resource to make action happen among local actors.

So much needs to change. The idea those things will come up in academia is too long-term. We’ve got to use academic research to answer critical questions of today. Local authorities need to define those, but take action.

When you began your academic career, was there much talk of net-zero emissions?

My PhD was during 1994-98 on air quality and real-time pollution emissions estimation.

I followed that up by understanding fuel consumption. Then there was the 98′ Kyoto agreement that called for a 20% emissions reduction. Everyone just thought transport doesn’t need to be part of that and we’ll just focus on the power sector.

Over that time it’s gone from 20% to 40% to 60% to 80% to net zero. Even at 80% many people just thought large parts of transport could go untouched. It’s only now the debate has really turned around.

Are EV’s part of the solution?

Yes, but we need to be driving less and owning fewer vehicles. A lot can be done if we use resources better, through car shares for example. We do need EVs but we don’t need Elon Musk’s electric SUVs!

How do you incentivise car manufacturers to make more EVs?

It’s hard to get an EV at the moment and it is argued that the manufacturers are holding them back to meet their future target commitments.

They are selling 37 SUVs for every battery-electric at the moment. There’s an awful long way to go.

People look at the taxation system and look at Norway who provides big incentives, but the purchase tax in Norway is huge, so they could massively discount that to incentivise the uptake of EVs. We’re nowhere near in that position in the UK.

How do you support fleet operators decarbonise without hurting their business?

It could go in a number of different ways. Across various parts of the north, there’s a lot of hydrogen. There’s potential for carbon capture. We have a lot of offshore wind. We could use that for hydrogen generation and hydrogen may be the solution for parts of the goods market.

But it’s difficult for the goods market because they don’t have a lot of affordable options and margins are tight.

Do citizens care more about having a climate-friendly transport network or one that just runs on time?

Leeds had a citizens climate jury which put transport at top of things need to sort out. It produced ideas such as putting bus companies into public ownership. These are radical suggestions for what can be done but what proportion of people are really buying into these ideas?

That’s part of the job of local authorities, universities and businesses. We’ve got to stop pretending there are easy solutions out there. They are all difficult, but which ones do you prefer? We have to find a way of getting the message through that things need to change.

As Greta Thunberg says, you can’t just declare a climate emergency and make no changes.

Decarbonisation will affect every industry. Do you anticipate a fightback?

Definitely it’s a threat. At the moment we’re in an environment where we’re saying this is what we need to achieve to get to net-zero, it’s difficult but achievable.

In the same way we have climate strikes, it’s possible people will rise up against decarbonisation, so it’s important that we work with citizens to show that it can be done. It doesn’t mean going back to living in Hessian sacks and not going out anywhere. But it will require compromises.

Are people prepared to make sacrifices?

Not at the moment but we’ve never had this honest discussion with them that this will be necessary.

If you ask someone, would you like to give up your car? Some will say I can’t afford to. These people are crying out for new transport systems.