RenewableUK urges the Government to double offshore wind capacity by 2030 to help drive down the cost of energy bills.

Onshore wind is one of the cheapest forms of electricity generation available to the UK.

The cost of electricity from new onshore wind projects is lower than the wholesale electricity price and is forecast to get even cheaper.

The Wind Industry Prospectus shows that doubling the UK’s onshore wind capacity to 30 gigawatts by 2030 would reduce consumer bills by £16.3bn over the course of this decade – an annual saving of £25 for every household.

It would also generate £45bn of economic activity and create 27,000 full-time jobs.

Scotland is set to benefit the most with nearly three-quarters of this decade’s new capacity being installed there, creating 17,000 new jobs.

The document also highlights that onshore wind is vital in reaching net-zero emissions as fast as possible. Installing 30GW of 2030 would save around 6 million tonnes of carbon emissions a year. 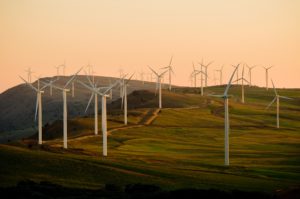 To seize these benefits, the prospectus sets out a wide range of actions for industry and government, including introducing annual CfD auctions to stimulate investment.

The prospectus also calls for the reform of the regulator Ofgem by changing its remit to take account of the need to deliver net-zero emissions. The document notes that Ofgem is currently underestimating the scale and pace of investment needed to attract more investment in upgrading the grid, which risks undermining the transition to renewables.

The CEO of EDF Renewables and Chair of RenewableUK’s Onshore Wind Steering Group, Matthieu Hue, said: ‘As it’s one of the cheapest ways to generate new power, onshore wind will reduce energy bills for consumers who are being hit hard by massive increases in gas prices.

‘It can also create tens of thousands of high-quality jobs in parts of the UK which need levelling up. Our Onshore Wind Prospectus makes a clear offer to Government that the industry is standing ready to work with Ministers to maximise growth in the UK’s supply chain, inward investment and exports.’