Highways England to cut its own carbon emissions by 75% by 2025, according to their new Net Zero Highways Plan.

The government-owned company that is responsible for England’s motorways and major A roads has outlined four key commitments that will help them to achieve net-zero by 2050, these include:

In the short term, they have also said that they will provide charging infrastructure and create on-road services for electric vehicles (EVs), train officers to meet the needs of EV’s in incident recovery and act as an expert advisor for government’s trials of emerging zero-carbon HGV technology. 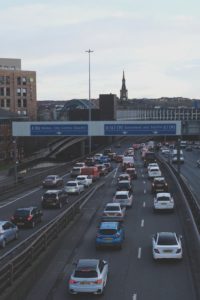 In the plan, contractors and suppliers will also be required to act, including commitments to reduce carbon year-on-year by using the latest technologies, so that by 2040 our road maintenance and construction is near-zero-emissions.

Nick Harris, acting chief executive of Highways England, said: ‘Highways England recognises the threat of climate change and the risks it poses for us all. That’s why we’re pledging to take effective action to take carbon out of roads.

‘Today roads are a convenient, efficient and low-cost way to travel which is why 9 out of 10 passenger miles and 79 per cent of all freight moves on roads. Our plans set out how emissions from our own operations, our construction and our customers will reduce over the coming years.

‘It will put roads at the heart of the low carbon economy while preserving the convenience and economic benefit of an efficient road network.’

Transport minister Rachel Maclean added: ‘We know that transport is the biggest emitter of carbon emissions, which is why I’m pleased to see that Highways England is setting out a roadmap which will clean up our air as we Build Back Greener.

‘This comes just days after the government unveiled its Transport Decarbonisation Plan, setting out our plans to reach net zero emissions by 2050.’