A rise in forest clearance is leading to an increase in greenhouse gas emissions, according to researchers at the University of Leeds.

Analysing high-resolution satellite data, the authors found that forest clearance in Southeast Asia’s mountains has accelerated during the 21st century, accounting for a third of total forest loss in the region.

The researchers found that the average annual forest loss in the region was 3.22 million hectares per year during 2001–2019, with 31% occurring in the mountains.

The authors also found that the average altitude of forest loss has increased by 150 metres.

These shifts have led to an annual forest carbon loss of 424 million metric tons of carbon per year, with this number accelerating in recent years. 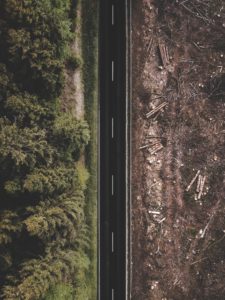 ‘The loss of forests at higher elevations in mountain regions of southeast Asia over the last 20 years is therefore of major concern, particularly given that these regions are also concentrated zones of sensitive species and where carbon stocks are high.

‘This research shows the value of high-resolution satellite data for detecting change, and also highlights that the international community needs to continue to work hard to support forest conservation and carbon management.’

‘In the past, mountain forests were often spared from clearance because steep slopes and high elevations made deforestation more difficult. Our work shows that deforestation has now moved into these mountain regions and has accelerated rapidly in the past 10 years.

‘These mountain forests are amazingly rich in biodiversity and are crucial stores of carbon, so it is worrying to see that the frontier of deforestation is now moving upwards into the mountains of Southeast Asia. Loss of these forests will be a devasting blow for nature and will further accelerate climate change.’

In related news, deforestation in the Amazon has increased by 9.5% in the last year, with 11,088 square kilometres cleared in just 12 months, according to data from the Brazilian government’s Project for Monitoring Deforestation in the Legal Amazon by Satellite (PRODES).