For example, in a recent case, secretary of state Robert Jenrick overturned a council’s objection to a planning application on the basis that it wouldn’t meet its carbon reduction targets.

The council highlighted that some iniatives, such as the installation of heat pumps provide no incentive for developers because they push up costs which cannot be recovered and there is no incentive for prospective buyers who will face a higher purchase price.

Cllr Chapman has therefore called for a government subsidy system which will pay back in the long term in the form of reduced import costs to the balance of trade. 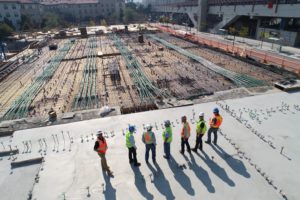 ‘Our hands are tied,’said Cllr Chapman. ‘Any attempt to impose high standards can be overturned on appeal because there is no Government regulation or will to resist. For higher standards we are relying entirely on the goodwill of the developer and, unlike in this case, it is not always forthcoming.

‘With this development, we have ended up with a good scheme thanks to the pressure put on by the community, the flexibility of the developers and negotiations of the council officers – but it has been hard going.’

‘The current Government, despite its rhetoric, has no plan or strategy to take the practical measures to fulfil its policies.’

In related news, industry experts have warned that the social housing sector is running out of time to meet its sustainability targets.

In a survey conducted by Wienenerberger on 150 decision-makers who are involved in the specification of building materials, 88% agreed that the sector cannot afford to wait for the pending Decarbonisation Fund and Decent Homes Standard.