Documentary filmmaker and author of How to Live Off Grid, Nick Rosen, explains how the Police, Crime, Sentencing and Courts Bill will impact wild campers, van-dwellers and staycationers.

A Government attempt to reform the law on protests has had a chilling effect on #vanlife, as it is termed in social media.

The Police, Crime, Sentencing and Courts Bill (which completed Report stage in parliament earlier this week), focuses amongst many other things on protestors who set up camps that cause long-term inconvenience to the public.

The new Bill allows police constables to seize a vehicle if they believe that the people living in it are parked without the landowners permission and causing significant ‘distress’ to local residents. However, this could reasonably amount to one or two neighbours complaining because they do not like the idea of one or two vandwellers taking up residence nearby, rather than a wide-ranging action by Extinction Rebellion or Black Lives Matter.

With foreign holidays out of reach for many, and staycationing rendered unaffordable by excess demand, there has rarely been a less appropriate time to crack down on the delicate balance between vandwellers and rural residents – who have in the past been tolerant of a few caravans tucked away behind a hedge, or parked along a stretch of river bank. 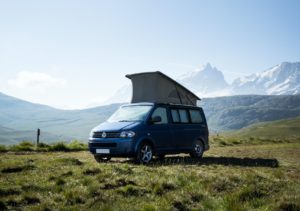 Section 4 of the Police Bill will, in its current form, criminalise tens of thousands of unpolitical British citizens who ‘wild camp’ short-term or long-term in campervans, buses, motorhomes, delivery vans, or similar vehicles.  I have launched a petition requesting amendments to the bill when it returns to the Lords: https://petition.parliament.uk/petitions/583903.

At Off-Grid.net, a web site I run, we see vanlife as a subset of off-grid living – defined as surviving without mains power or water, dealing with your own waste, and managing your own power supply (unless you chose to do without electricity altogether).

People live off-grid in all sorts of shelters – from tree-houses, to garden sheds, to yurts – and even conventional 3-bed houses that for historical reasons do not happen to be hooked up to the mains utilities.

Because there is a presumption against planning permission in the open countryside, those who want to live a truly ecological life, but do not have the funds to buy themselves a hobby farm, have few choices.

They can buy some agricultural land or woodland, and move in with a vehicle or other temporary shelter, while they defy the planners, and try to tough it out as they go through the planning appeal – a highly unstable and nerve-wracking process.

Or they can find a piece of public land – be that common land or a little used car park or roadway, and live there in a vehicle until they are moved on.  Many manage to survive in the same spot for years, even decades. The use of vans, buses, lorries and other vehicles has been a rapidly growing trend, because they already have a 12-volt power system, and a heater, and by definition are mobile and manoeuvrable.

And it is a testament to the extremely high demand for this lifestyle that so many individuals are prepared to make the sacrifices necessary to live this way.

I have been suggesting to DEFRA and DCLG for years that they might enable a small experiment in off-grid living, specifically to test demand – allowing an off-grid village to spring up for a limited time in conjunction with a local authority and a housing association.

It is not something that will appeal to everyone, but every waiting list will have a proportion that would leap at the chance to build their own eco-homes and live a low-carbon life right now, rather than in 2040. 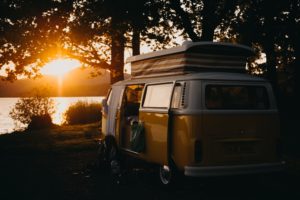 There are upwards of 60,000 people living off-grid in mobile homes of various sorts in the UK. Some are taking a break from their normal life, while others live this way permanently.  Many people don’t realise that the van-dwelling way of life is under direct threat from the bill, at a time when it has never been more popular and necessary. Action is needed urgently to raise awareness and stop this (presumably) unintended consequence of the crackdown on protesters.

The petition shot past 10,000 signatures in the first week, meaning the government must respond.  I expect that to be during the Bill’s passage through parliament, since the petition refers directly to the Bill and my own MP, Meg Hiller had written to Priti Patel asking for a response.  Incidentally it was not until Ms Hillier wrote to the Clerks that they agreed to publish the petition – two months after it was correctly submitted. It has  28,500 at time of writing.

In its present form, the Bill presents van dwellers and those wild camping with:

The bill impacts many communities, including:

Traditional nomadic communities, such as Irish Travellers and so called ‘new age travellers’ have their own protection under human rights legislation and are therefore unlikely to be seriously impacted by the new law.