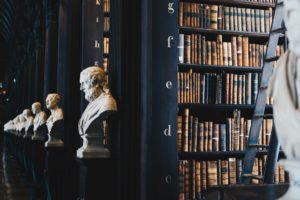 For the most part, there have not been major changes to environmental regulation in the UK post-Brexit.

Instead, the UK has made small tweaks to its rules so that they make sense in the post-Brexit reality. Such tweaks may appear minor, but they can have major consequences for business. As such, some divergences between EU and UK environmental laws are starting to creep in and we can anticipate more.

What does the level playing field mean for environmental law?

The level playing field provisions in the UK/EU Trade and Cooperation Agreement (TCA) cover a number of areas of law, including environment and climate, with the aim of creating a set of common rules and standards that prevent businesses in one country gaining a competitive advantage over those operating in other countries.

It requires non-regression in the level of environmental protection by the UK from the end of the transition period, meaning that the UK should not try to undo the standards that were in place on the 31st of December 2020.

Whats more, in circumstances where EU environmental laws contain targets (e.g., for ozone-depleting substances), they continue to be binding on the UK even where the attainment of the target is envisaged for a later date.

Going forward, the TCA does not require harmonisation with EU standards, meaning that in principle the UK can now adopt its own, different, rules on environmental issues. That said, the freedom for the UK to deviate from EU environmental regulation is curtailed by the following restrictions in the TCA:

Either party can take appropriate rebalancing measures if there are significant divergences in environment or climate protection, and where these divergences materially impact trade or investment between the Parties.

If rebalancing measures are used too frequently, either the UK or the EU can trigger a review of the level playing field provisions.

The UK has a commitment to continue to apply certain general principles of EU environmental law, such as the polluter pays principle (according to which the costs of preventing, reducing or repairing environmental impairment should be borne by the polluter) and the precautionary principle (according to which regulatory intervention may be warranted where potentially dangerous effects have been identified, but scientific evaluation does not allow the risk to be determined with certainty).

Both the UK and the EU have made a general commitment to strive to increase their respective environmental levels of protection.

It remains to be seen how these provisions will be applied and enforced in practice.

For the most part, there have not yet been major divergences in the environmental laws

Since Brexit, the UK government has generally kept the same EU environmental rules for Great Britain, (Scotland, England, and Wales) adjusting them when necessary, to fit the new legal reality.

Tweaks to the rules involve, for example, updating the national legislation to replace (or simply remove) references to the European Commission and the European agencies, the internal market, and other Treaty provisions. In addition, under the terms of the Withdrawal Act and the Northern Ireland Protocol, EU environmental rules in many areas continue to apply in Northern Ireland.

However, some divergences are now beginning to creep in From 1 January 2021, new EU rules entered into force that generally ban the export of plastic waste to non-OECD countries, including unsorted plastic waste.

Since these rules entered into force after the transition period, the UK chose not to transpose the new EU rules, instead opting to enact a new system of prior informed consent. This means that unlike in the EU, unsorted plastic waste can still be sent to non-OECD countries from the UK. This is one of the first divergences we have seen since Brexit.

In the field of pesticides regulation, there has also been changes, although existing EU substance approvals, authorisations, and restrictions continue to be valid in the UK for now. On the 8th January 2021, the UK government departed from an EU ban and issued emergency authorisation for Syngentas Cruiser SB for the treatment of sugar beet seeds in England.

Finally, it seems that the UK may soon depart from the EU rules regulating genetically modified organisms (GMOs).

This is largely due to the EUs Court of Justice adopting a controversial judgment in July 2018 – finding that organisms obtained by gene-editing techniques are in principle covered by the EUs GMO Directive.

In line with this EU court case, the retained UK legislation requires gene-edited organisms to be classified as GMOs. However, on 7 January 2021, Defra launched a public consultation on the regulation of genetic technologies. The consultation stated that in Defras view, organisms produced by gene editing (GE) or by other genetic technologies should not be regulated as GMOs, if they could have been produced by traditional breeding methods. Depending on the outcome of the consultation, this could lead to different rules regulating GMOs in the UK.

Changes so far in the UKs environmental rules might not be ground-breaking, but they are important, and businesses need to know about them so they can adapt their operations accordingly. While the trade agreement negotiated between the UK and EU requires non-regression in the existing levels of harmonisation as they existed on 31 December 2020, going forward, divergences can, and will, begin to creep in.