Fairness is key to winning public support for decarbonisation, according to the final report by the Institute for Public Policy Research’s (IPPR) Environmental Justice Commission.

The Commission’s recommendations include delivering a ‘people’s dividend’ of free local public transport, good new jobs and better health and wellbeing, and enforcing a ‘fairness lock’ on the transition to net-zero to win crucial public support.

The major report from the IPPR argues that ambitious climate action must be delivered in a way that improves people’s everyday lives, challenging the idea that the net-zero transition will harm the poorest. Hilary Benn MP and co-chair of the Environmental Justice Commission, said: ‘People must be at the heart of the UK’s rapid transition to net-zero, or else – to put it bluntly – it won’t succeed.

‘Government must clearly set out the broad direction of travel and provide the resources and regulation needed to get there, but everyone affected, from workers in industries that will have to change to communities across the UK, must have greater power to take decisions that affect them. Local people know best what will work for local areas and how to go about it.’

The Committee spent 18 months discussing net-zero goals with citizens in the areas most likely to be affected by the transition and warns that if fairness is not prioritised in the drive to hit national targets for carbon emissions, the public could effectively ‘veto’ the delivery of net-zero. 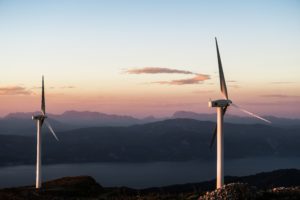 The report found that the UK is failing to ensure that the costs and benefits of the transition to net-zero will be shared fairly, and that the government has no coherent plan to capitalise on the opportunities presented by this fundamental change in the country’s economic model.

The report lays out policy for achieving net-zero fairly in the UK, including upgrading and making local public transport free by 2030, with free bus travel by 2025 as a first step, and launching a £7.5bn-ayear ‘GreenGO scheme’, akin to the government’s Help to Buy scheme, that helps households switch to green alternatives on heating, insulation, and transport.

Public investment in a low carbon economy also needs to be stepped up, according to the IPPR, raising it by £30bn a year until at least 2030 and contributing to levelling up across the country.

The report recommended that all workers in high-carbon industries have the right to retrain for new low-carbon jobs, and that a permanent UK-wide climate and nature assembly should be established, alongside new law to ensure that all business and policy decisions take account of their impact on future generations.

The report also suggested granting combined and local authorities in England new powers over economic strategy, transport, and planning, and giving the public a direct say over how local budgets are spent.

The commission, co-chaired by members of the Conservative, Labour and Green parties, was informed by a series of ‘citizen juries’ held in Tees Valley and County Durham, the South Wales Valleys, Thurrock, and Aberdeenshire, four communities that are likely to be impacted the most by the move to net-zero.

Carys Roberts, IPPR director, said: ‘It is the people who will be affected by the transition to net-zero and the restoration of nature who are the real experts in how we can do it fairly. This was not a typical commission: our commissioners listened to people across the UK and from all walks of life to gather their ideas. What they heard was that to tackle the climate and nature crises, we need ambitious action from government, that also improves day-to-day life for people and helps level up across the UK.’