Climate change will reduce the cooling effect of volcanoes

Climate change will transform the cooling effects of volcanic eruptions, according to researchers at the University of Cambridge and the UK Met Office.

The researchers used global climate models combined with volcanic plume models to simulate how the aerosols emitted by volcanic eruptions might be affected by climate change.

For moderate-sized eruptions, which typically occur on a yearly basis, the height of the tropopause – the boundary between the troposphere and the stratosphere above it – is predicted to increase, making it harder for volcanic plumes to reach the stratosphere.

These aerosols will be washed out by precipitation in a matter of weeks, making their climatic impacts relatively minor and much more localised. 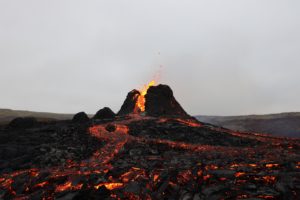 ‘The effects of climate change and some of the feedback loops it can cause are becoming more obvious now. But the climate system is complex: getting a grasp of all these feedback loops is critical to understanding our planet and making accurate climate projections.

‘The new feedback loops between climate and volcanic eruptions that we highlight in this work are currently unaccounted for by IPCC. It could shed new light on the evolution of future volcanic influences on climate. Even if volcanoes have a limited influence on climate compared to human greenhouse gas emissions, they are an important part of the system.’

Yusuf Hamied from the Department of Chemistry added: ‘Due to more frequent and more intense wildfires, as well as other extreme events, the composition of the upper atmosphere is changing in front of our eyes, and so is our understanding of the consequences of these changes.

‘As we continue to emit greenhouse gases, the way that volcanic emissions interact with the atmosphere will continue to change and it is important to quantify these interactions in order to fully understand climate variability.’