Clean Air Strategy: targets set for households and agriculture, but what about transport?

The government has published its much-delayed Clear Air Strategy, which includes commitments to cut emissions from wood stoves and the farming sector.

However, other than reaffirming their pledge to ban the sale of new petrol and diesel cars from 2040, the 109-page document includes little in the way of detail regarding transport, as they say the UK is already going further than ‘almost every other’ European nation in tackling emissions from cars.

Launching the strategy this morning (January 14), Environment Secretary Michael Gove said: ”While air pollution may conjure images of traffic jams and exhaust fumes, transport is only one part of the story and the new strategy sets out the important role all of us – across all sectors of work and society – can play in reducing emissions and cleaning up our air to protect our health.

‘We must take strong, urgent action. Our ambitious strategy includes new targets, new powers for local government and confirms that our forthcoming Environment Bill will include new primary legislation on air quality.’ The majority of detail around transport referenced previous announcements such as the £275m Implementation Fund and £220m Clean Air Fund for local authorities to improve air quality, as well as the incoming Clean Air Zones that will be active in several cities later this year.

Rail travel is mentioned as a target area with the government saying they are still ‘committed’ to electrification and will ‘take advantage’ of new technology to improve journeys, however like car travel, new policy detail was scarce.

Last week, a report commisioned by Transport for London (TfL) revealed that levels of pollution on the London Underground are up to 30 times worse than the streets above, and the government says they are sponsoring an independent assessment of air quality at enclosed stations to identify if there is a widespread problem.

There were also promises in the strategy regarding freight and that the government hopes to encourage freight companies to utilise the rail network more to move freight across the UK rather than the country’s roads.

‘This strategy is one part of the answer but it remains a concern that the Government is proposing nothing new to tackle road pollution. The strategy, as a whole, is short on detail and we want to see targets that are binding and implemented to strict deadlines,’ she said.

‘We need an unflinching and wide-ranging response which meets and matches the true scale of the crisis.’ 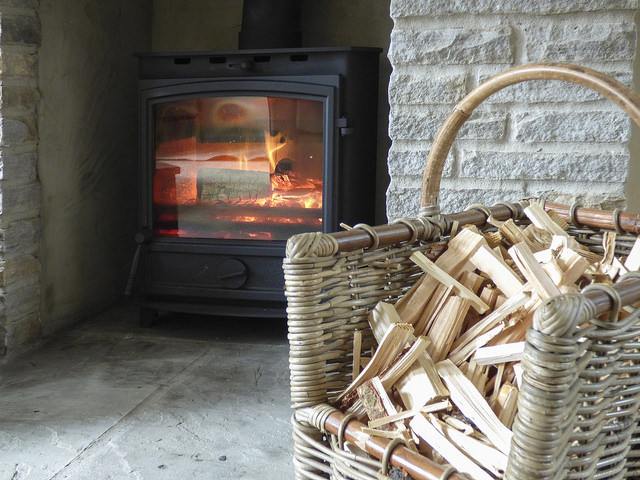 A theme of the strategy was to ‘raise awareness’ of how household activities such as open fires and wood stoves contribute to air pollution.

According to the government, domestic burning on stoves and open fires is now the single biggest source of particulate matter emissions, and they say new legislation will be introduced to prohibit the sale of the most polluting fuels whilst ensuring only the cleanest stoves are available for sale by 2022.

A new ban of open bags of ‘wet’ timber sold in petrol stations will come into force, with only heavily treated coal and logs that have been dried to less than 20% of moisture can be sold.

It adds that the government will look at giving local authorities powers to increase the rate of upgrades of inefficient and polluting heating appliances and bring existing smoke control legislation up to date, and make it easier to enforce.

Also announced was a call for evidence that will support regulation for new fuels entering the market made from recycled products such as biomass, and the government say they will work with industry to identify an appropriate test standard. Ammonia is emitted during storage, landspreading and deposition of manures and slurries, and from the application of inorganic fertilisers, and the strategy included a range of measures aimed at improving farming practices.

There will also be new measures to improve ensuring that levels of protein in livestock diets are well matched to nutritional needs.

The agriculture strategy references Netherlands and Denmark, who reduced ammonia emissions by 64% and 40% between 1990 and 2016 using similar methods.

Jenny Hawley, senior policy officer at Plantlife, welcomed the commitments but said ‘the devil will be in the detail.’

‘Air pollution from farming has been neglected by policymakers for too long – with year-on-year increases in ammonia emissions,’ she said.

‘Voluntary measures haven’t worked, so the commitments to new regulation are a positive step forward. But the devil will be in the detail and the Clean Air Strategy must be translated into legislation without delay if it is to protect some of our rarest plants, lichens and fungi from extinction.’

The Labour Party criticised the strategy, saying it had ‘vague targets, no detail and a chronic failure to tackle the issue of roadside pollutants.’

‘It is an abdication of responsibility to continue to shunt this problem onto cash-strapped local authorities, when even the process of coordinating the submission of clean air plans from councils is now in serious disarray,’ said Sue Hayman, Labour’s Shadow Environment Secretary.

‘The lack of detail and leadership from the government in tackling this public health emergency is alarming abd Labour is calling for a new clean air act, a network of clean air zones and an ambitious clean transport strategy to tackle illegal air pollution as a priority.’