Food security is undermined by a lack of policy support

Food security is being undermined by a lack of policy support for small-scale fisheries and aquaculture, according to an international group of researchers.

Drawing on 70 case studies from around the world, the researchers have stressed the value of small-scale aquatic food producers, traders and processors.

These actors played a key role in ensuring local food security during the Covid-19 pandemic. In countries like Kenya, for example, small-scale actors filled the gap left behind by larger, international producers who scaled back operations.

Despite this, subsidies are directed only towards larger actors and there is a continued lack of support to deal with the rapid effects of climate change.

The authors warn that without the help of better policy and governance, climate shocks could threaten the food and nutrition security of millions worldwide. In particular, those in regions currently most vulnerable to food insecurity and the impact of climate change face the highest risks. The analysis also highlights that women are central to building a more sustainable and equitable food sector. 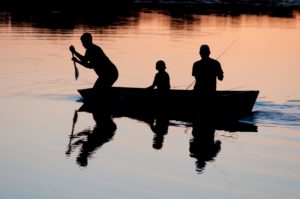 The paper highlights the need to encourage and support the diversity of small-scale actors, and ensure that technology, investments, policies, and development can enable SSFA to continue feeding millions of people into the future.

Professor Christina Hicks from the University of Lancaster said: ‘The diversity of small-scale actors is a real asset, it makes for a more resilient food system and supports more nutritious diets, which are strengths that need to be recognised and supported.

‘Local actors are best placed to support people to eat nutritious food that they want and in a way that is culturally accepted. No two actors are the same and policy needs to be adaptive to reflect that.”

In related news, Jamie Hailstone investigates whether all food should come with a carbon footprint warning.