The government has allocated a further £265m to the Contracts for Difference (CfD) scheme to encourage investment in low-carbon electricity.

The CfD scheme incentives investment in renewable energy by providing developers of projects with high upfront costs and long lifetimes with protection from volatilise wholesale prices.

This in turn also ensures that consumers don’t pay increased costs when electricity prices are high.

The funding includes £200m to support offshore wind projects. According to the government, this funding could help to power around 8 million homes.

£55m will also be available to support emerging renewable technologies. £24m of that is dedicated to floating offshore wind projects.

For the first time since 2015, established technologies, including onshore wind and solar, will also be able to bid. 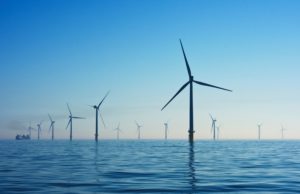 ‘The new plans set out today deliver on the Prime Minister’s Ten Point Plan and will support the next generation of renewable electricity projects needed to power our homes and meet our world-leading climate change targets.

‘CfD contracts are allocated through a competitive auction process where the cheapest projects in each technology group are awarded contracts first.’

The government has also said that final levels of support and capacity could be higher and will be announced ahead of the round opening in December.

Updated guidance is also being published for onshore wind projects in England, to ensure local communities are given a more effective voice on local development. Renewable projects are subject to strict planning controls that afford protections to local communities and the environment and guidance will ensure communities are engaged with and are able to benefit from renewable infrastructure in their area.